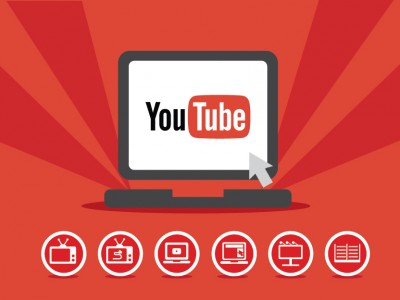 Youtube is announcing today that they are launching a brand new service that makes a competitor to the cable TV companies. They are launching a new service that allows you to watch live television, record and watch it whenever. It was originally called Youtube Unplugged, but now it is announced as Youtube TV. They are talking to the major US networks, cable networks, premium channels, sports channels, etc. so you can get your basic channels and then pick and choose the premium channels that you actually want to watch and pay for and don’t pay for the ones that you don’t want to use. They also added that they have select markets as far as local affiliate channels and they plan to add more and more through out the year.

In addition to this being a service that competes with local TV, it also competes with the likes of Sling TV Direct TV Now Playstation Vue. The real question is, is really worth it? What makes them stand out? Can they compete? Yes, absolutely. One of the biggest features they announced is limitless cloud DVR. Let’s say you have a favorite show like “Modern Family” or “It’s Always Sunny In Philedelphia”, you subscribe to the show like a normal Youtube Channel and boom DVR just starts recording across all the networks. Then whenever/wherever you are as long as you have a connection, you can watch that show. That’s huge because that’s something that not all competitors can offer. Direct TV Now doesn’t have Cloud DVR, Sling TV’s DVR is currently in beta and Playstation Vue’s DVR only holds the recorded content for 28 days. Also, Youtube said that when you are watching these shows, you have full functionality like pause, rewind, etc. It doesn’t sound like a feature, but if you use these services, it actually is since Direct TV only allows you to pause and Sling TV only offers these functionalities for some channels.

Just like Youtube’s competitors, there is no big contract. You pay month to month and if you don’t like it, you won’t be charged for cancellation. The base price is being announced at $35 for 6 logins. To compare, Direct TV allows only 2 logins, Sling TV allows 1 or 3, and Playstation allows 5 logins. On top of all that, Youtube is in a unique position to integrate Youtube into Youtube TV. One interesting scenario of this is for instance you are watching an episode of “Atlanta” and once that episode is finished, there will be a recommended section of live Youtube streams of reaction channels to that same exact show after the episode premier. A great potential strategy from Youtube to keep their customers consuming relative content on their platform. As for Youtubers in general, this is a great opportunity for them to be introduced to a whole new audience. This could be huge news for the Youtube and TV industries. If you have cable TV, would you be willing to leave cable for this new service? Is this interesting enough for you to try out?